Skip to content
We Women Are Not An Afterthought

We Women Are Not An Afterthought

Genesis 2:18 The Lord said, “It is not good for the man to be alone. I will make a helper suitable for him.”

Genesis 3:20  Adam named his wife Eve, because she would become the mother of all the living. 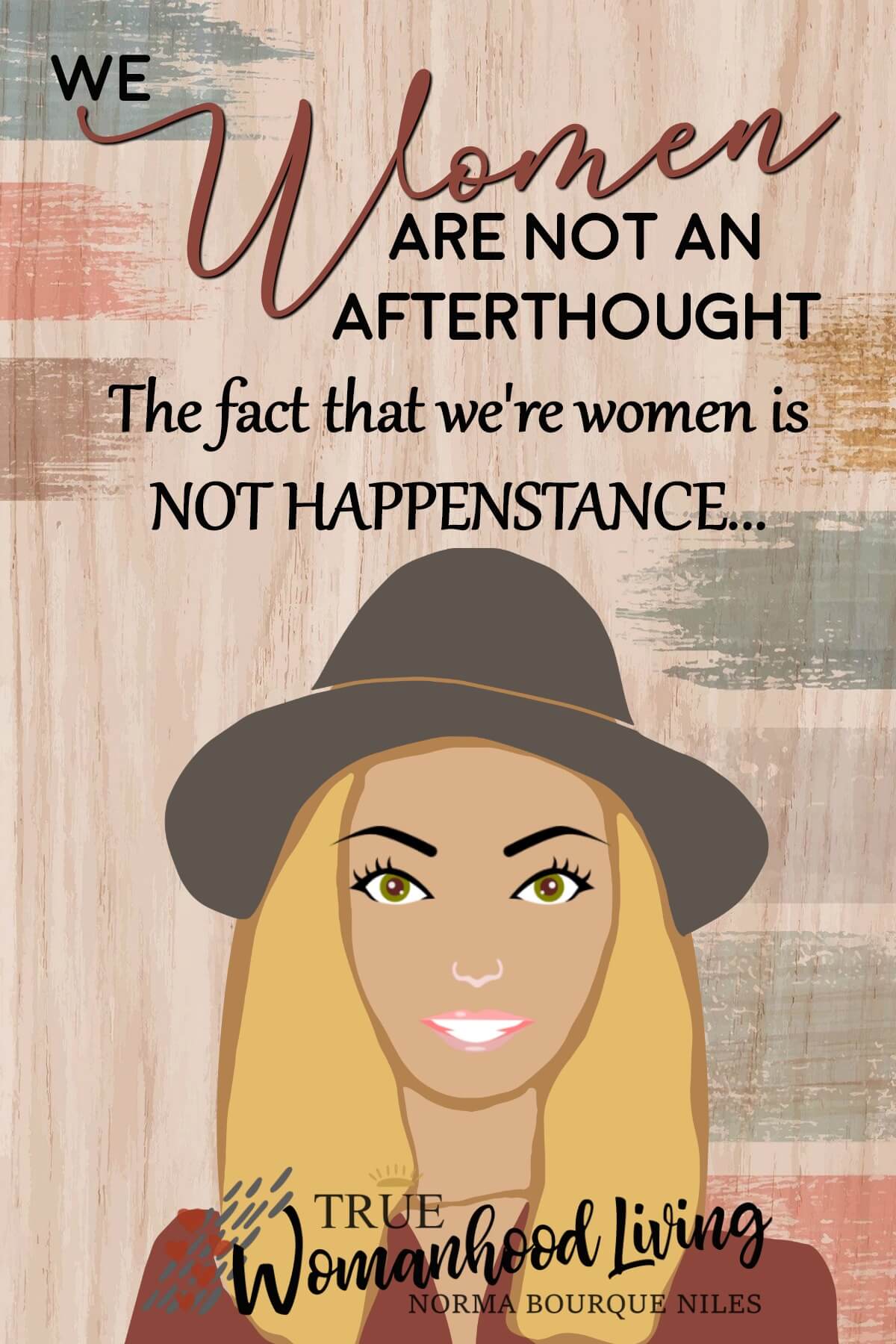 The fact that we are women is not happenstance. God was very intentional when He made woman and He had a special purpose.

God made men and women unique and when in a healthy relationship, they complement one another so beautifully. It’s obvious how differently God made them to think, process emotions, make decisions and learn. Differences start in the physical structure of the brain. For example, one study shows that when using the brain, women connect both sides while men keep it as simple as possible by using only one side at a time.

That means men and women excel differently. Men use different strategies and parts of their brains to navigate, and they’re really better at finding their way when they are lost than women. These differences are fascinating although it can be difficult to adjust to your partner’s ways. It’s also humorous and enjoyable.

God created male and female with two different roles. Both are essential to God’s glory.

“Shock the world by being what you were made to be: 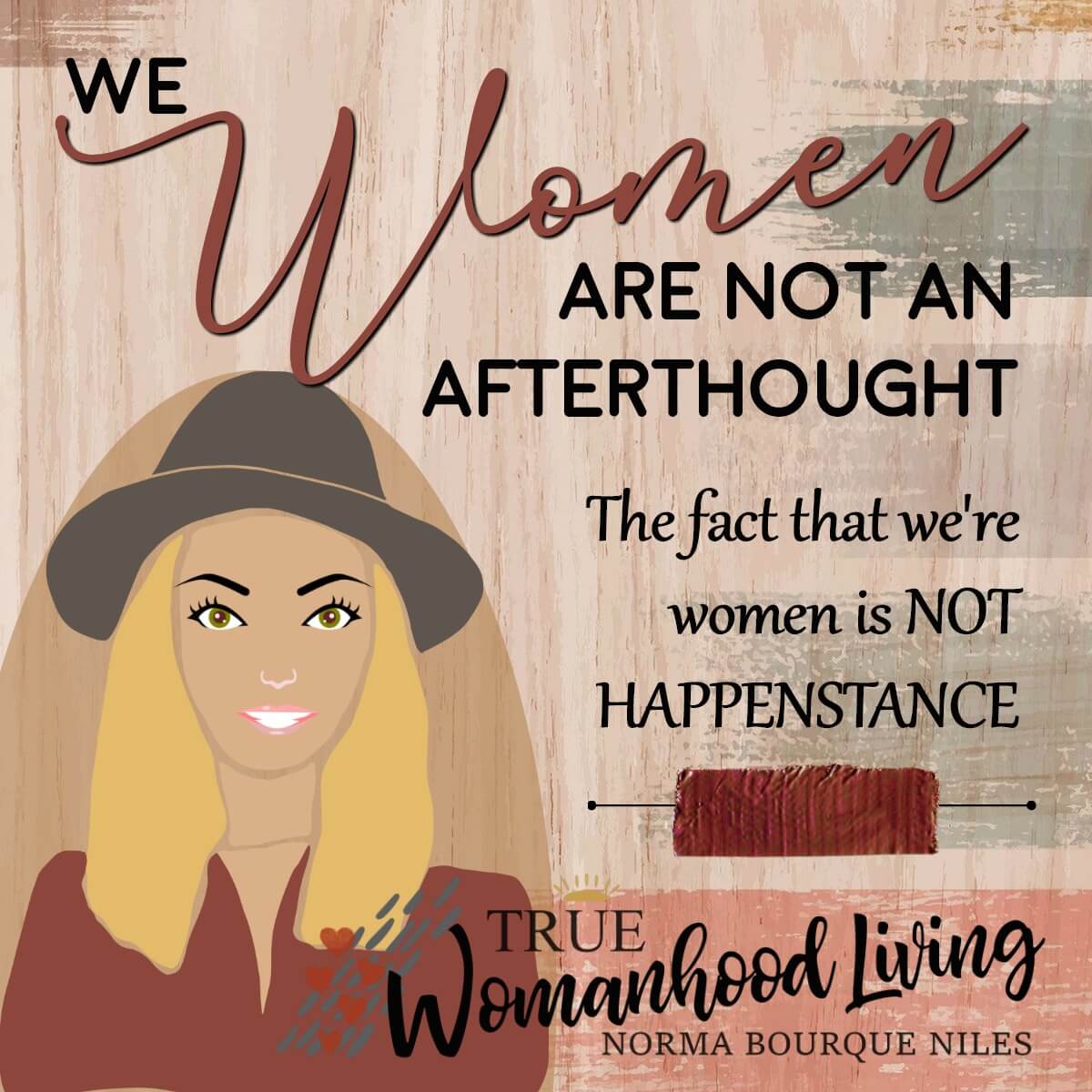 Marriage Orchestrated by the Marriage Designer — God Himself

You have choices as women. You can receive the gift that God has given you, or you can reject it. You can say, “I don’t want to be a woman. I’d like to be more like a man. I envy, I covet the things God has given distinctly to men.” You can fight and resist it, and be miserable. Or you can embrace, receive, and accept the gift of womanhood with its differences from manhood, a great means of fulfilling the purpose God created you for.

Submission wasn’t meant the wife shouldn’t have a voice at home. Where there’s competition, Satan has a heyday and that’s distortion of God’s plan, exactly what the enemy wants in your home and relationships, to have disorder, disorientation and dysfunction. Rather than complementing and benefiting from each other’s strengths, the enemy wants you at each other’s throats.

We fall short of God’s design: that’s why we have conflicts and divorce. When things are done God’s way, we avoid extremes on either side where we can have beautifully defined relationships.

Man & Wife Were Intended to Function in Oneness.

One flesh, one harmony, one peace, oneness of relationship. There’s now going to be a barrier between the two of you. Your fallen impulse will try to control your husband, to oppose and act against him. The one you’re supposed to be on the same side with, you’ll end being on opposite sides with.

Your Desire Will Be Against Your Husband, But “He Shall Rule Over You.”

Again, lots of theological discussion to what that means. The explanation that helps the most is that he will at times respond to you with a forceful and harsh rule, headship, oversight and authority. He will not always lead in godly ways; sometimes he will be dictatorial or harsh.

God created man and gave him instruction on how to to care for the Garden.

Later he created woman to be a helper, a completer for him,

to be the person who cheers him on, believing in him more than he believes in himself.

The Well Known Woman in Proverbs 31

What The Proverbs 31 Woman Did

We’re called to be women of impact. Love and honor your husband and family: pray, discuss decisions, find solutions you both feel great about. Be the “excellent wife” you’re called, the wife your husband trusts.

Beauty Is Not Outward

“Wives, submit yourselves to your husband as you would the Lord. The husband is head of the wife as Christ is head of the church; his body of which he is the Savior.” Husbands are instructed to “love your wives, as Christ loved the church and gave himself for her.” Ephesians 5:22–25

Godly wives have little difficulty submitting to godly husbands’ leadership if he loves her like Christ loved the church. It’s vital that godly women stay grounded in God’s truth in thoughts, words and actions. Seek Him and ask for the help you need in each decision and action you take.