Confidently Know You Are Saved 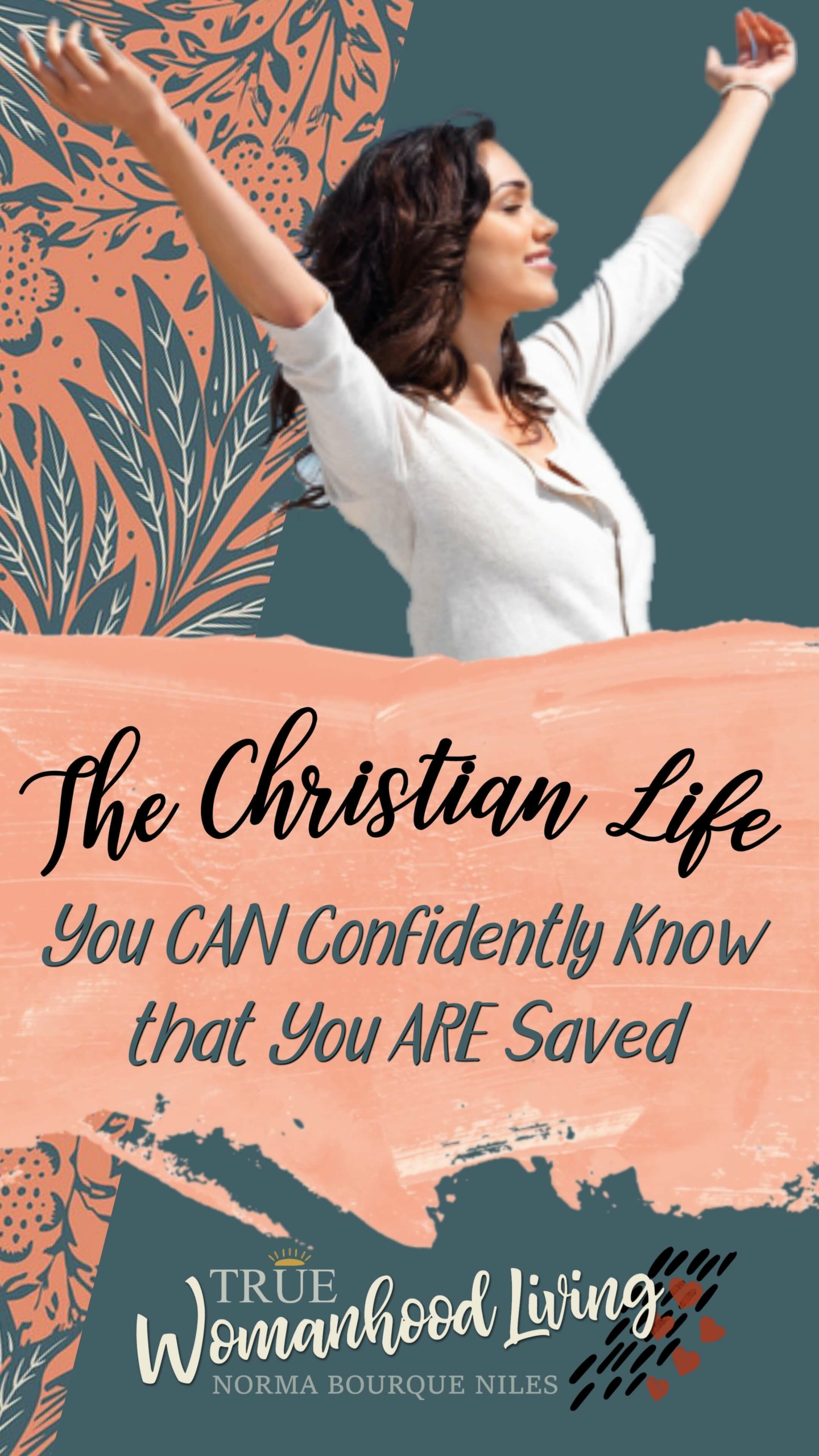 THE TRUE CHRISTIAN – DISCIPLE OF CHRIST Being a Christian has everything do with believing “the gospel of our salvation.” The Bible says when we believe in Christ’s completed work, our sins are forgiven & the Holy Spirit takes residence in our life. Ephesians 1:13-14

The BEGINNING of the Christian Life – How Do I Become A Christian?

Today, Too Many People Blur The Lines Between Religion & Christianity

To understand if you’re a Christian, you need to know who & what a Christian is.

Solution to Sin: Salvation is getting rid of our sinful nature to be saved from the penalty of sin and eternal punishment. Since God is HOLY, he can’t tolerate sin or even be in it’s presence. It’s a disconnect between us and Him. The only One who qualifies to redeem us is Jesus Christ. A Christian has trusted fully in Jesus’s work at the cross, the ONLY way to be saved.

Galatians 3:26-27 “for in Christ Jesus you are all sons of God, through faith. For as many of you as were baptized into Christ have put on Christ.“

You’re Not a Christian Until You Believe

How to Become A Christian 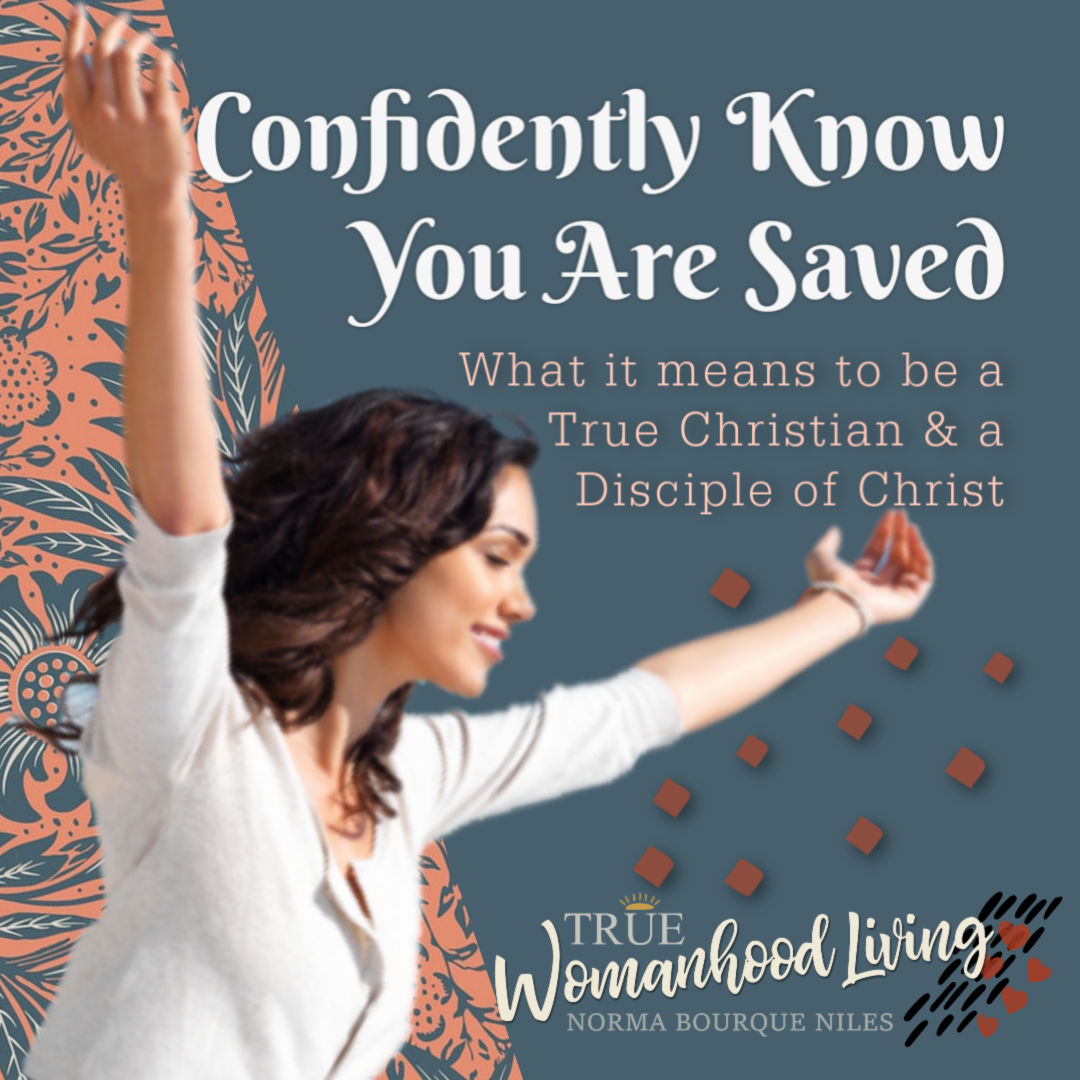 The way to salvation through Christ is to abandon your good deeds and run to the Him. Believe in the gospel of salvation that shows us what He did for our sin problem. Christ came to do the will of the Father, to die for our sins and pay the full penalty.

1 Corinthians 15:1-4 “I would remind you, brothers, of the gospel I preached to you, which you received, in which you stand, and by which you are being saved, hold fast to the word I preached to you—less you believed in vain. I delivered to you… that Christ died for our sins in accordance with Scriptures, he was buried, & he was raised on the third day in accordance with the Scriptures.“

1 Peter 3:18 “For Christ also suffered once for sins, the righteous for the unrighteous, that he might bring us to God, being put to death in the flesh but made alive in the spirit.”

It’s VERY Simple
We all have sinned and can’t save ourselves. Christ died, was buried, and rose to pay the penalty of our sins. All we need to be saved is to simply believe He did all that for our sins. That’s the gospel.

John 1:10-13 “He was in the world, the world was made through him yet the world did not know him. He came to his own, and his own people did not receive him. To all who did receive him, who believed in his name, he gave the right to become children of God, who were born not of blood, the will of the flesh, the will of man, but of God.“

Ephesians 1:13 “When you heard the word of truth, the gospel of salvation and believed in him, you were sealed with the promised Holy Spirit”

You Have to Believe

This is how God brought people into the Body of Christ, and how He still does it today. You have to believe. Christ makes this quite clear in His own Words:

Receive & Believe the Word to be Saved
Paul Preaches
John Writes
1 John 5:13 “I write these things to you who believe in the name of the Son of God, that you may know that you have eternal life.”
This is why Christians are also called Believers.
See Also Romans 4:3; 10:9; Galatians 3:22; 1 Thessalonians. 2:13
When you believe, part of what happen to you is that the Holy Spirit comes into you. The Bible makes it clear those who do not have the Holy Spirit do not belong to Christ. They are not Christians.
Are You Convinced You’re a Christian?
If after reading all of this, you’re convinced you’re a Christian, then I believe you.

This is the Beginning of the Christian Life.

Ephesians 1:13-14 “In him, when you heard the word of truth, the gospel of your salvation and believed in him, you were sealed with the promised Holy Spirit, who is the guarantee of our inheritance until we acquire possession of it, to the praise of his glory.

If you’ve found the contents of this page useful, chances are they’ll be useful to others. Share by using the Sharing tools below.